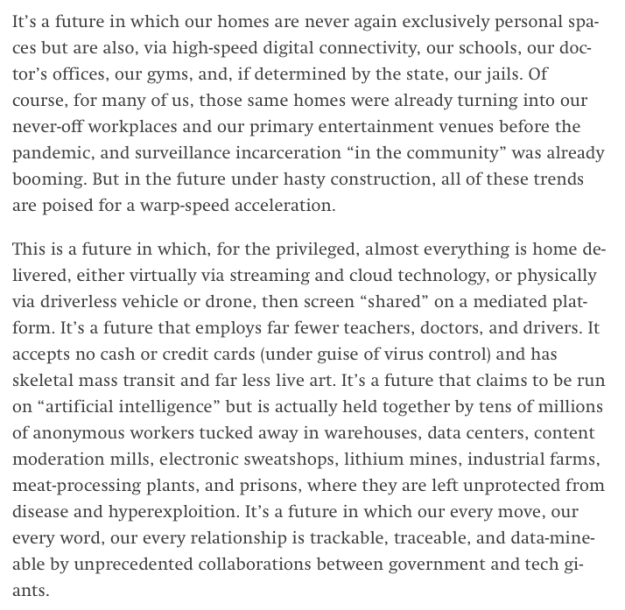 In McTeague, Norris references a later version of the kinetoscope which projected an image for an audience rather than the “peephole” model which was intended for a single viewer.

Here are some early short films produced by Thomas Edison’s company that are contemporaneous with McTeague:

Given Mac’s remarks, however, he and Trina were watching examples of an early genre of cinema, the actuality, a non-fiction scene from everyday life. For instance:

“Anatomy of a of a modern mobile-web page, a/k/a Spot the Actual Content”:

Forgive him the ironic mustache. Also “we” = the richest nations in the world?

For those interested, go to the source: Simulacra and Simulation