based on Malcolm’s mugshot when he was known in Harlem as Detroit Red: 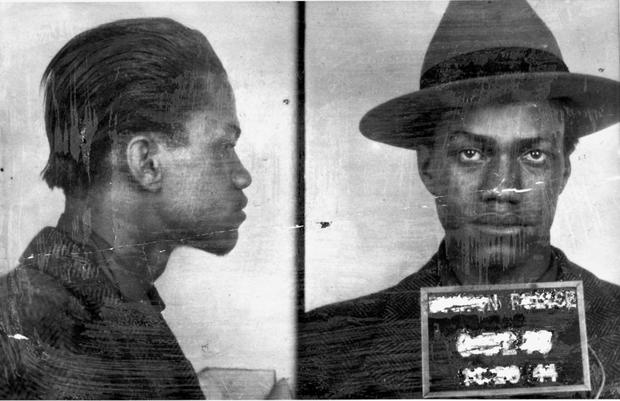