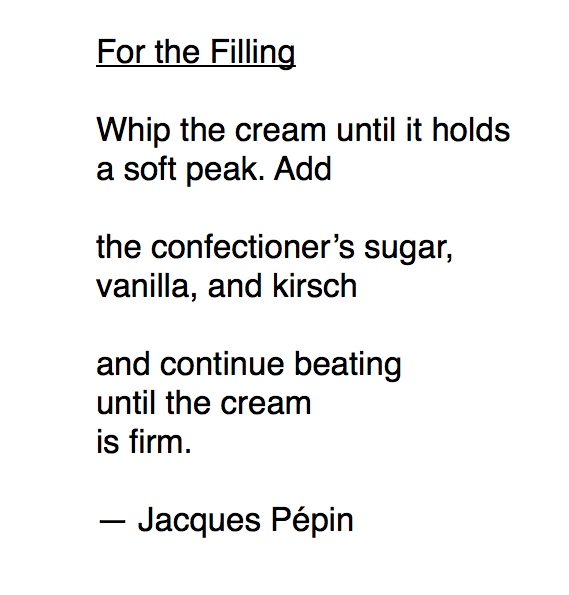 Here are some of the books I read and films I watched this semester when I should have been doing other things.

Shirley Jackson, We Have Always Lived in the Castle

Jackson has total control over this funny and macabre story of family, murder, and social rejection.

Steve Fisher, I Wake Up Screaming

Nobody actually wakes up screaming in this Hollywood-centered roman noir, which formed the basis of two film adaptations: I Wake Up Screaming with Betty Grable, Laird Gregar, and Victor Mature, and Vicki with Jean Peters.

Fearing understood the looming disaster of mass culture and its tendency to commodify everything in its path. Yet he appropriated those materials for his own ends. By the author of The Big Clock.

Satires of the IT industry and its deleterious effects on the social should probably be more grand guignol than this peppy dystopian takedown, but anything that punctures Silicon Valley’s bulletproof self-regard is worth reading.

At just under 600 pages this police procedural is a minor epic of bureaucratic politics, corruption, and betrayal.

This is an edifying and entertaining primer on Goth and pop culture.

The Man Who Could Cheat Death

Anton Diffring’s perverse cosmopolitan charm carry this batty Hammer film about a man preserved far beyond an ordinary lifespan with the glands– yes, the glands— of his victims. A perfect companion to Circus of Horrors, which also stars Diffring.

Joan Fontaine plays a psychologically fragile schoolteacher who arrives in a remote English village and gradually discovers the presence of Satan-worshipping locals. It’s slow to start but the climactic human sacrifice scene is huge fun.

Footsteps in the Fog

Jean Simmons plays an ambitious maid who’s too clever by half, drawn into the shadowy orbit of Stewart Granger’s aristocratic homme fatale.

A dark melodrama about lost origins, malice, and class hierarchy

The Crimson Petal and the White

This is a fairly hard-boiled story, an adaptation of a novel by Michel Faber starring Romola Garai as Sugar, a literate and intelligent young prostitute in Victorian London. Her character develops in counterpoint with the wife of her primary john, a hypocritical bourgeois blind to the violence against women surrounding him not only on the streets but in respectable, middle-class homes.

Focus on the basics of film analysis and the defining qualities of German Expressionist Cinema. There will, of course, be some stylistic variations between the different directors Roberts discusses.

Revisit the paper prompts and our readings on the gothic. These will likely help you to forge links between otherwise disparate concepts and texts.

Did you read chapter 4 of DOC? What’s the difference between colonialism and neocolonialism?

Since the midterm we’ve covered a fair bit of territory, from postwar “domestic suspense” and film noir to the ghosts haunting American Empire to the struggle to build Paradise (or find asylum) in a fallen and violent world. Each of these focal points serves as an opportunity to see US American history and culture through a dark lens. The ground we inhabit has bones in it. Society’s benign surfaces conceal destructive forces and irrational appetites. The obverse of the Dream is a nightmare, and any effort to understand this nation and its people must confront the chiaroscuro character of US American life.

END_OF_DOCUMENT_TOKEN_TO_BE_REPLACED

A bronzed and Brylcreemed Victor Mature plays Ken Duffield, an American soldier turned white hunter, in this turgid colonial romance that also stars a benzedrine-thin Janet Leigh as a former showgirl on holiday with her pompous billionaire fiancé.

When the dreaded Mau-Mau horribly butcher his wife and son with the aid of one of  his Kikuyu “house boys,” Jeroge (Bermuda-born actor Earl Cameron), Ken vows to avenge them. He escorts Linda Latham (Leigh) and the increasingly erratic and demanding Sir Vincent Brampton on safari, intending to use the hunting expedition to locate his nemesis and kill as many Mau-Mau as possible.

This Spring’s Torturer’s Collection features a feminine look such as Gina’s black and red, belted floral print dress. This relaxed style also includes a practical touch: the quick-drying material allows the wearer to seamlessly transition from an interrupted drowning (water-boarding) session to a working lunch.

There are a number of British Pathé newsreels about the Mau Mau uprising available online and they’re worth screening in part because they evince clear parallels with our own moment.

It’s strange to see Dirk Bogarde– generally more well-known for the films he did with Harold Pinter and Joseph Losey or even The Night Porter— in this late imperial romance. Though there’s room here for a soft liberal critique of British colonialism in Africa– Bogarde’s Alan Howard is poisoned by his hatred of all black Kenyans in the aftermath of his brother’s murder by the Mau-Mau– the film argues for a kind of enlightened paternalism. There were a whole string of films devoted to this version of the Empire as an ultimately beneficent if sporadically violent enterprise (Zulu, Something of Value, etc.) during the era of decolonization. 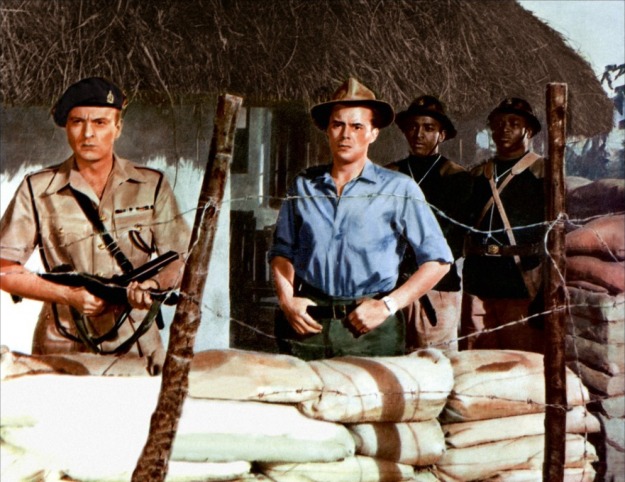 This lady played the Independent last Wednesday, opening for Colter Wall, and she was really good.

Most of these images were made by George Rodger, who also documented the liberation of Bergen-Belsen. What would they look like if they were made by Black Kenyans? 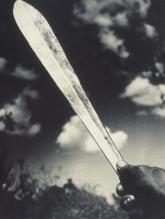 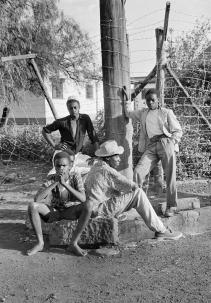