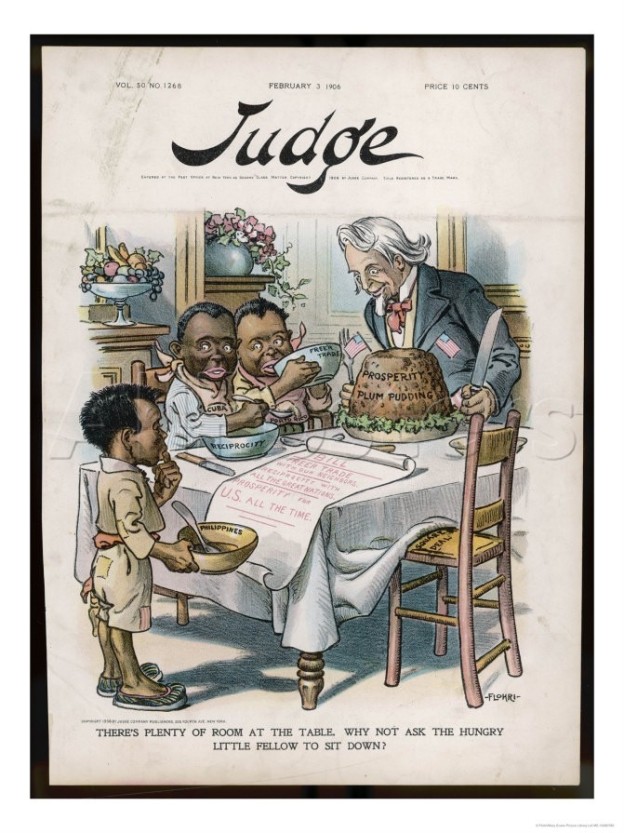 These clips from a documentary by John Pilger will give you a sense of the complicated history of imperialism in Latin America:

The whole thing can be seen here.

Here’s a political cartoon justifying US imperialism in Latin America and the Philippines. Note the statement on the blackboard. This justification is known as the mission civilisatrice, the civilizing mission. Note also the manner in which various nations are racialized. At the turn of the century minstrelsy was still a popular form of entertainment. Non-whites were often represented grotesquely, according to the conventions of “black face” caricature. 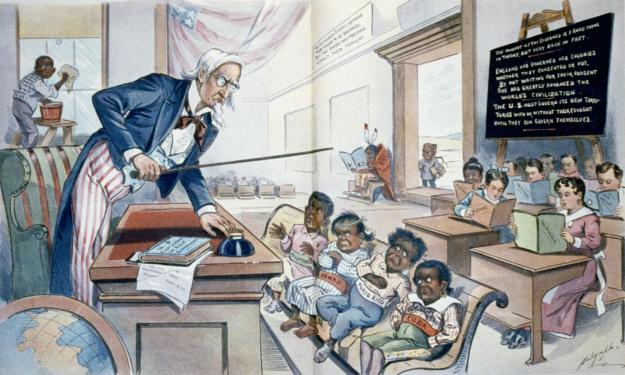