Here’s a map of Sioux reservations over time: 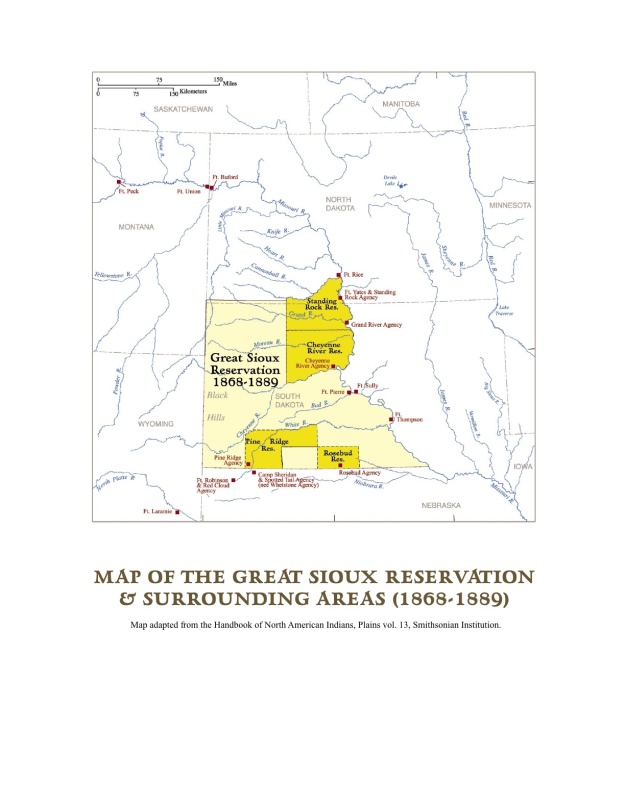 Map of military campaigns of the Plains Wars:

And two definitions from the Encyclopedia Britannica:

(from Greek metōnymia, “change of name,” or “misnomer”), figure of speech in which the name of an object or concept is replaced with a word closely related to or suggested by the original, as “crown” to mean “king” (“The power of the crown was mortally weakened”) or an author for his works (“I’m studying Shakespeare”). A familiar Shakespearean example is Mark Antony’s speech in Julius Caesar in which he asks of his audience: “Lend me your ears.”

manuscript in roll or codex form carrying a text erased, or partly erased, underneath an apparent additional text. The underlying text is said to be “in palimpsest,” and, even though the parchment or other surface is much abraded, the older text is recoverable in the laboratory by such means as the use of ultraviolet light. The motive for making palimpsests usually seems to have been economic—reusing parchment was cheaper than preparing a new skin. Another motive may have been directed by Christian piety, as in the conversion of a pagan Greek manuscript to receive the text of a Father of the Church.

We can use these two concepts a critical tools with which to interpret not only Lakota Woman but the events that text describes.