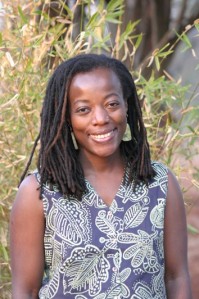 We’ve said that Nyasha and Tambu are deuteragonists of what we could call a bildungsroman or a kunstlerroman– already, given the historical and social context of the production of Nervous Conditions, a contradiction erupts. The novel itself as a coming-of-age narrative is of course non-indigenous to Zimbabwe– it’s an adopted cultural form, a legacy of colonialism just as surely as Robert Mugabe’s strange career from liberation fighter to quasi-tyrant is a product of related forces. We need to think of these two “scripts” together: Dangarembga’s powerful work of art, a text that renders the pressures of the hybridized post-colonial subject, and ZANU-PF’s winding path from its resistance against the white-majority rule of Ian Smith’s Rhodesia to its refusal to bow to IMF/WorldBank “structural adjustments” to its position right now at this very moment on the verge of ending with a bang or a whimper.

Now wait a minute: have you read the news about Zimbabwe yet? If not, then the question you might ask yourself is to what extent this tendency toward apathy or indifference on the part of far too many Americans with regard to the world, especially Africa, is a symptom of our collective cultural narcissism. Yeah, we’ll eat your food, Americans seem to say, but don’t expect us to show any interest in what’s happening to your people. Alright.

With Nyasha we have a perfect figure for the “nervous condition introduced and maintained by the settler among colonized people with their consent.” The disordered female body is represented in her character as a cultural statement. Nyasha’s refusal to take food, her anorexia, functions metonymically as a rejection of the larger social system. Because she is culturally hybrid there is no possibility that she can occupy any “pure” subject position. Nyasha is like Southern Rhodesia (Zimbabwe) itself– bifurcated and tormented, threatening to dissolve from intolerable contradictions. Yet none of the characters in NC are absolutely victims or heroes. Nyasha lashes out and collapses. Tambu, newly bilingual, adapts, adopting various strategies of cultural and personal survival. Surely the women of this novel, under European rule and hemmed in by Shona patriarchy, are doubly subjugated, the proletariat, we could say, of the proletariat.  Thus Nyasha’s illness functions not simply as “victimage” but as a protest, a reasonable response to an unreasonable situation. And against that strategy of resistance we need to return to a primary dynamic of colonialism: the internalization of colonial violence. Nyasha, as the colonized, turns against herself. Her anorexia is an attack against “the Native.” So what have we got here? Self-destruction or psychological decolonization?

Clearly the issue of gender complicates the colonizer/colonized dichotomy we saw in Memmi’s essay. It also conflicts with liberal feminism’s monolithic portrayal of patriarchy: the 3rd world woman has a different set of coordinates and problems than her 1st world sisters. If the colonized is already split after the manner of WEB DuBois’s “double consciousness” then the female “native” is divided again. This fissuring gets to the heart of one of most perplexing questions of national independence movements: Who will be freed? Will we simply reproduce the social hierarchy of the colony, substituting a local bourgeoisie for white masters? Will we fully decolonize? What does that mean? Where do we go from here?

For post-colonial women these uncertainties are underscored by their enduring social abjection. Two weeks ago I asked, “What’s women’s work?” The short answer: all of it. The labor of childbirth, the work in the field or the market, the domestic duties at home, the sexual obligations of marriage (which can also, admittedly, function as a form of leisure and sustenance). Patriarchy, colonialism, and capitalism are all systems that regulate or control the body, especially the female body, and its activities. “Women’s work” creates value, yet it is value women seldom accrue to themselves. The value of women, then, lies in their production of value which is never “for them.” It’s clear enough that this was the case under colonialism in Southern Rhodesia, where women were forbidden by law to own land.

One of the challenges we face, as readers of Nervous Conditions with an interest in current events in Zimbabwe is how to think through all these contradictions without simply dismissing the post-colonial subject as a victim. That would be a mistake. To posist someone as merely a victim is to hold them in contempt.